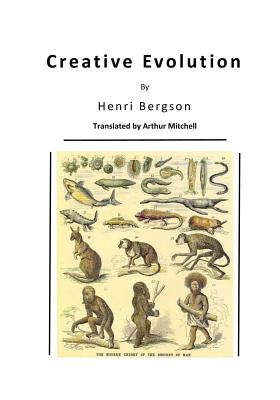 I find, first of all, that I pass from state to state. I am warm or cold, I am merry or sad, I work or I do nothing, I look at what is around me or I think of something else. Sensations, feelings, volitions, ideas—such are the changes into which my existence is divided and which color it in turns. I change, then, without ceasing. But this is not saying enough. Change is far more radical than we are at first inclined to suppose.

For I speak of each of my states as if it formed a block and were a separate whole. I say indeed that I change, but the change seems to me to reside in the passage from one state to the next: of each state, taken separately, I am apt to think that it remains the same during all the time that it prevails.

Nevertheless, a slight effort of attention would reveal to me that there is no feeling, no idea, no volition which is not undergoing change every moment: if a mental state ceased to vary, its duration would cease to flow.

Let us take the most stable of internal states, the visual perception of a motionless external object. The object may remain the same, I may look at it from the same side, at the same angle, in the same light; nevertheless the vision I now have of it differs from that which I have just had, even if only because the one is an instant older than the other.

My memory is there, which conveys something of the past into the present. My mental state, as it advances on the road of time, is continually swelling with the duration which it accumulates: it goes on increasing—rolling upon itself, as a snowball on the snow. Still more is this the case with states more deeply internal, such as sensations, feelings, desires, etc., which do not correspond, like a simple visual perception, to an unvarying external object.